President Trump Advocates For Use Of 'Stop-And-Frisk' In Chicago 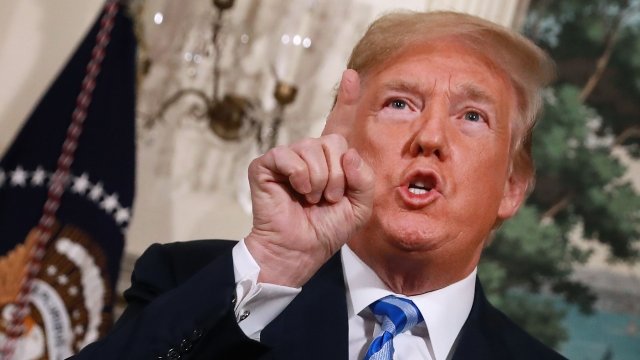 SMS
President Trump Advocates For Use Of 'Stop-And-Frisk' In Chicago
By Ahmed Jawadi
By Ahmed Jawadi
October 8, 2018
​He said he ordered the attorney general's office to work with Chicago police.
SHOW TRANSCRIPT

Trump said he ordered the attorney general's office to work with law enforcement in Chicago and to "strongly consider stop-and-frisk." He made those comments during his speech at an annual police chiefs convention in Orlando.

Stop-and-frisk policies allow police officers to stop and search people if they have "reasonable suspicion" that a crime has been committed. Critics say the practice disproportionately affects minorities and rarely turns up any evidence.

The City of Chicago and the ACLU reached an agreement back in 2015 to reform the Chicago Police Department's use of stop-and-frisk. Since then, violence has declined, according to the department's statistics. A spokesperson for Chicago Mayor Rahm Emanuel told Politico, "Even someone as clueless as Donald Trump has to know stop-and-frisk is simply not the solution to crime."