President Trump To Nominate Pat Shanahan For Secretary Of Defense 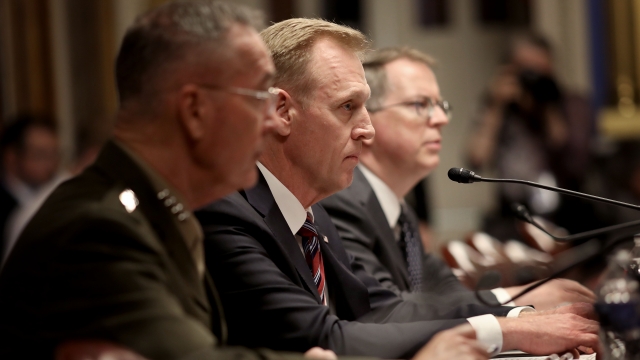 SMS
President Trump To Nominate Pat Shanahan For Secretary Of Defense
By Alec Larson
By Alec Larson
May 9, 2019
Press secretary Sarah Sanders made the announcement in a tweet.
SHOW TRANSCRIPT

He's come under scrutiny during his time as acting defense secretary due to allegations that he'd committed ethical violations by improperly promoting Boeing. He'd worked at the aircraft company for more than 30 years before taking a position at the Defense Department.

But back in April, the DOD's inspector general cleared Shanahan of any ethical violations, opening the door to speculation that the president might nominate him for defense secretary.