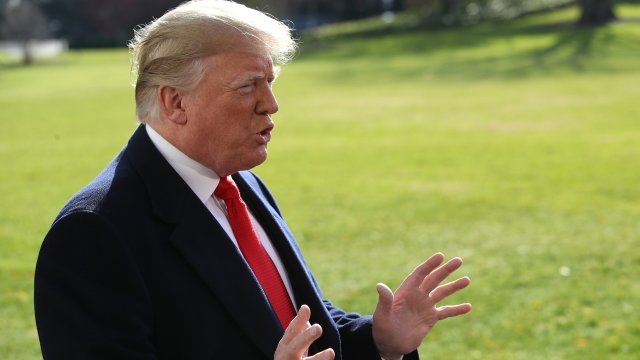 According to Pakistani Prime Minister Imran Khan, Trump sent him a letter requesting Pakistan's support in solving the Afghan conflict and bringing Taliban insurgents to the negotiating table.

In a statement, Pakistan's Foreign Ministry expressed its support for working with the U.S. as American officials try to end the 17-year war in Afghanistan.

The U.S. and Pakistan have been at odds lately over the regional conflict. President Trump has repeatedly criticized Pakistan, accusing the country of not doing enough to fight terrorism and cutting $300 million in aid to the country.

Trump's reported request comes as the U.S. special envoy for Afghan peace travels to Afghanistan this week to help broker the talks. He's been meeting with Taliban and other leaders there, most recently setting a deadline of April 2019 for the conflict to come to an end.