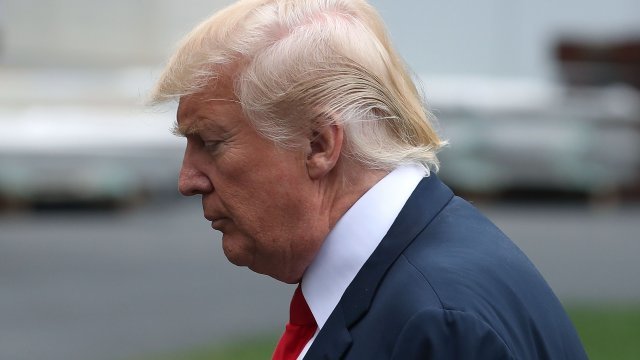 Trump also ordered the department to declassify interviews with current DOJ official Bruce Ohr. Ohr had conversations with the author of a controversial dossier that claims the Trump campaign had ties to Russia.

But the top Democrat on the House Intelligence Committee Rep. Adam Schiff called the move a "clear abuse of power," and said Trump is "ordering the selective release of materials he believes are helpful to his defense team."

The Justice Department said it's working with the Director of National Intelligence and the FBI to comply with the order. There's no clear timeline on the release of the documents.