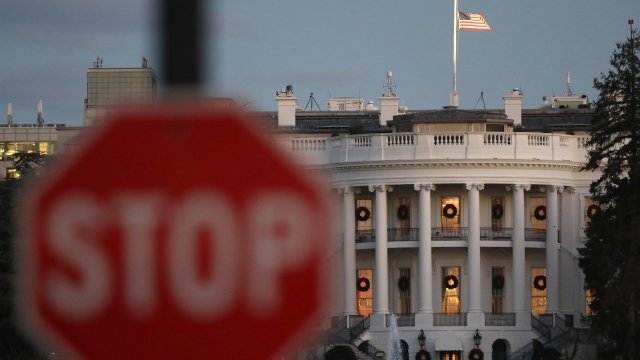 By Andrea Gonzales
December 29, 2018
The salary freeze comes as 800,000 federal employees are working without pay or are on furlough.
SHOW TRANSCRIPT

The salary freeze comes as 800,000 federal employees are either working without pay or on furlough because of a partial government shutdown.

The U.S. Office of Personnel Management tweeted a sample letter that government employees, who may have trouble paying their bills, can use to send to landlords, mortgage companies and creditors.

Trump told lawmakers in August he thought the planned pay raise was "inappropriate."

Friday's executive order does not affect the military. Service members will see a 2.6 percent pay increase that was previously signed into a massive defense spending bill.