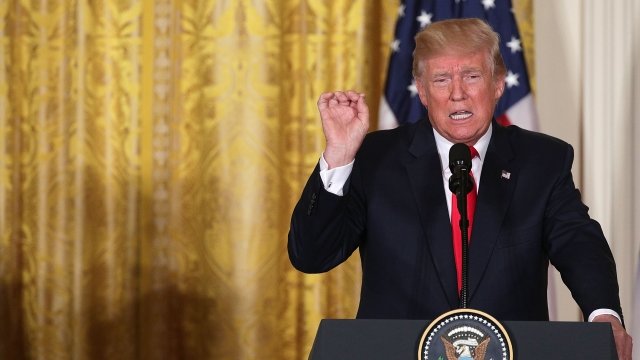 Trump cited one of President Clinton's last acts in office: the controversial pardon of wealthy financier Marc Rich. He spent years abroad evading arrest after he was accused of tax evasion and ignoring sanctions.

Trump told reporters: "If you look at, as an example, President Clinton pardoned Marc Rich, who was charged with crimes going back decades."

Rich's ex-wife Denise happened to donate millions to Democratic causes around the same time, which raised suspicions that money bought Rich's pardon. Both Clinton and Denise Rich deny those claims. 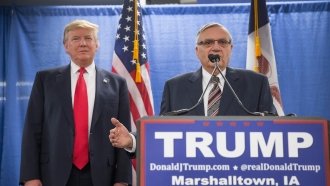 Lawmakers And Others React To Trump's Pardon Of Joe Arpaio

But it's worth noting that most of the other examples Trump cited were commutations, not pardons. That just means their prison sentences were shortened. Pardons are typically granted after people serve out their sentences. Arpaio hadn't even been sentenced when Trump pardoned him.

And while Obama and Clinton waited for their last days in office to carry out their controversial acts of mercy, Trump seems to have no problem defending his pardon early in his term.

"He's very strong on borders, very strong on illegal immigration. He is loved in Arizona. I thought he was treated unbelievably unfairly when they came down with their big decision to go get him," Trump said.