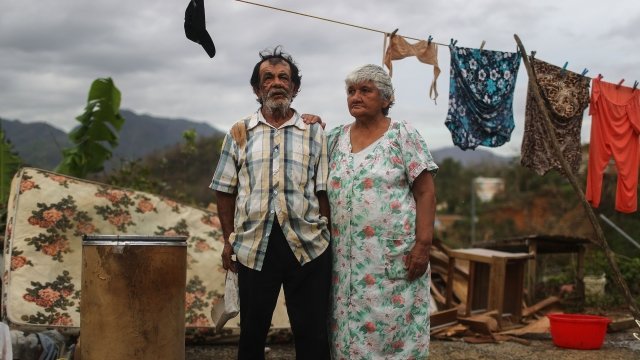 "I think that Puerto Rico was an incredible, unsung success," President Donald Trump said Tuesday about his administration's response to Hurricane Maria in Puerto Rico.

"The job that FEMA and law enforcement and everybody did working along with the governor in Puerto Rico I think was tremendous," Trump said.

Puerto Rican Gov. Ricardo Rosselló responded in a statement, saying, “The historical relationship between Puerto Rico and Washington is unfair and unAmerican. It is certainly not a successful relationship.”

Last month, Rosselló increased Hurricane Maria's official death toll from 64 to 2,975 following a study by George Washington University. Then last week, the Government Accountability Office released a report that said at one point more than half of FEMA's Hurricane Maria responders were "unqualified."

Rosselló's statement also said there's still work on the island that needs to be finished, including on emergency housing programs and debris removal. He also noted he's still waiting for Trump to approve funding for these projects.