Inside Trump's (Current) Beef With The GOP 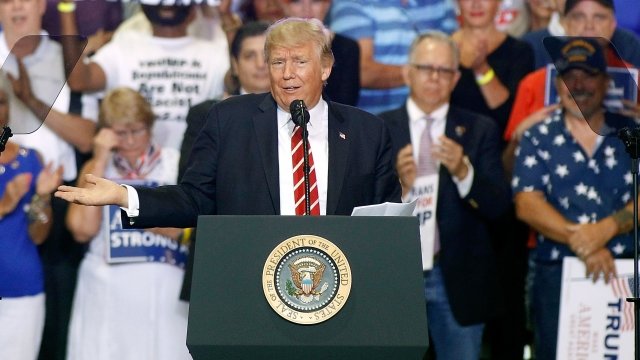 SMS
Inside Trump's (Current) Beef With The GOP

By Eugene Daniels
August 23, 2017
We're not used to seeing presidents fight publicly with members of their own party.
SHOW TRANSCRIPT

The president spent a lot of time at a recent rally hitting one of his new favorite new targets: his own party.

"One vote away. We were one vote away. Think of it. Seven years," President Donald Trump said at a rally in Arizona. "Your other senator, who's weak on the border weak on crime. Nobody knows who the hell he is!"

Arizona's two senators are both critics of Trump. You'll remember John McCain hasn't just spent a lot of time rebuking Trump's rhetoric and actions but also put the final nail in the coffin for the GOP's plan to repeal and replace Obamacare. McCain is also currently fighting brain cancer.

And Jeff Flake, the senator the president says no one knows, is almost as "Never-Trump" as anyone in Congress right now. Flake even recently published an anti-Trump book that he wrote in secret. He's also up for re-election in 2018 and is one of the most at-risk seats for the GOP midterms.

But the president wasn't done there: He also put the entire party on notice.

"If we have to close down our government, we're building that wall. We're going to have our wall," the president said. 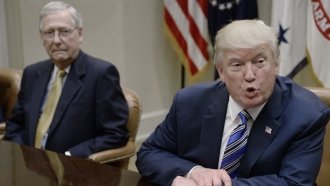 Trump's Feud With McConnell Could Cost Some GOP Senators Their Seats

Congress has until the end of September to reach a deal to avert a government shutdown, and so far, only the House has agreed to set aside money for the president's wall along the southern U.S. border. The wall might be popular among Trump's base, but moderate lawmakers are still reticent to sign on.

We aren't used to a president attacking his own party like this, but Trump seems to like to settle scores. The president didn't mention McCain or Flake by name, but it was obvious whom his beef was with, and the Arizona crowd knew.