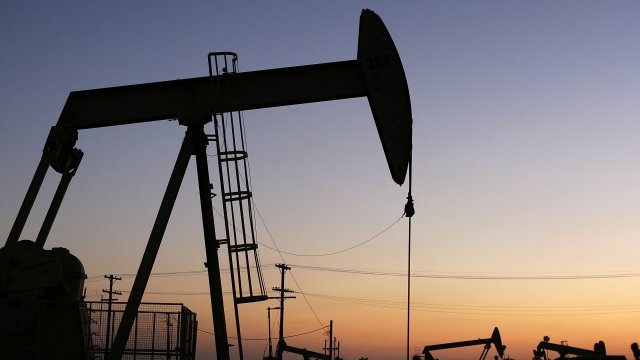 By Katie Cammarata
September 19, 2018
The revised regulation changes the amount of leaked methane gas that must be captured on public and tribal land.
SHOW TRANSCRIPT

The Trump administration has rolled back another greenhouse gas emissions rule.

The so-called Waste Prevention Rule — put in place by the Obama administration in 2016 — put restrictions on methane leaks on public land. The revised rule loosens those requirements.

Methane is one of the most powerful greenhouse gas emissions. It occasionally leaks out of oil and gas wells, especially during intentional venting and flaring in oil and gas production.

Those leaks are not only bad for the environment, but they also lead to revenue loss. So the Obama administration tried to limit those leaks by making companies capture some of the escaping gas.

The revised regulation includes changes to the amount of methane gas that must be captured on public and tribal land.

The revised Waste Prevention Rule will go into effect 60 days after it's officially published.