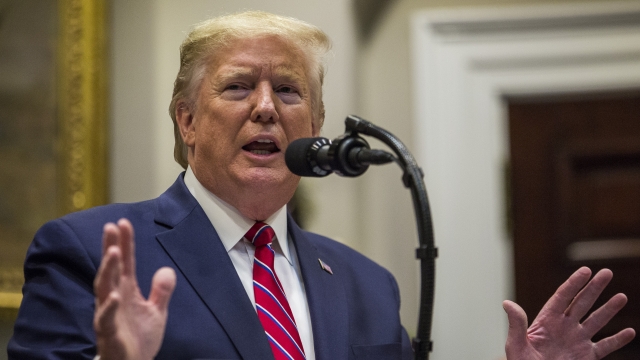 The Trump administration announced a new plan that would require hospitals and insurers to disclose health care prices in an effort to increase transparency.

"Our goal was to give patients the knowledge they need about the real price of health care services," President Donald Trump said. "They'll be able to check them, compare them, go to different locations so they can shop for the highest-quality care at the lowest cost."

The plan involves two new rules. One is already final and is expected to take effect in 2021. Among other things, it will require hospitals to share the prices they have negotiated with insurance companies for 300 common services that can be scheduled in advance.

The other is still a proposal. It would, in part, require insurance plans to disclose negotiated rates for their in-network providers and the maximum amount they would pay to an out-of-network provider.

But some health care providers are taking issue with the final rule. The Federation of American Hospitals' president and CEO released a statement saying "it will only result in patient overload of useless information while distorting the competitive market for purchasing hospital care."

And in a joint statement, the Federation, the American Hospital Association and two other hospital groups said: "Instead of helping patients know their out-of-pocket costs, this rule will introduce widespread confusion, accelerate anticompetitive behavior among health insurers, and stymie innovations in value-based care delivery."

The four organizations said they'll challenge the rule in court, arguing that it "exceeds the Administration's authority."

The insurance industry is also not a fan of the new rules. The president of Blue Cross Blue Shield said publishing negotiated prices could lead to higher costs if some providers realize their competitors have been charging more for certain services.