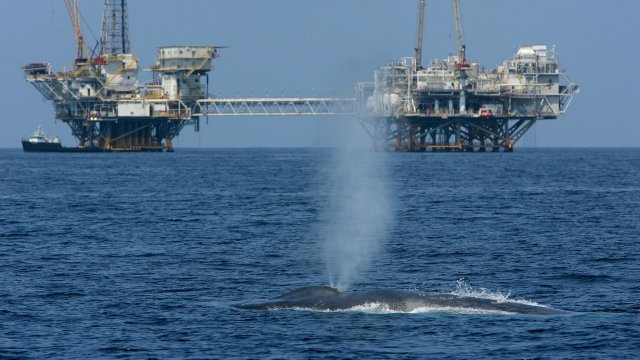 By Sebastián Martínez Valdivia
November 30, 2018
Seismic surveys look for oil beneath the ocean floor, but have also been found to be harmful to whales and other ocean life.
SHOW TRANSCRIPT

The Trump administration has given the go-ahead for a series of seismic surveys to look for oil off the Eastern Seaboard, a move that has already sparked criticism.

The National Marine Fisheries Service OK'd the surveys along the Atlantic coastline. Seismic tests use blasts of air to produce sound waves to look for oil reserves beneath the ocean floor.

Environmental advocates have criticized the surveys for the effect those sounds can have on marine life. Studies have found they can be deafening to whales, dolphins, and other marine animals with acute senses of hearing.

In addition to the bipartisan political opposition to the surveys, they could also face legal challenges aimed at delaying or stopping them altogether.