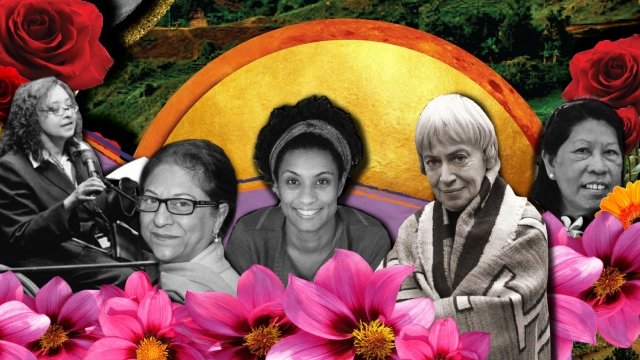 This colorful tribute commemorates women who've fought for human rights. And the pieces from this year are eye-catching.

The tribute is put together by the Association for Women's Rights in Development. It's been going on since 2012, but each year features a unique artist and look. The women commemorated come from around the world — and they include a lot of names you may not be familiar with. 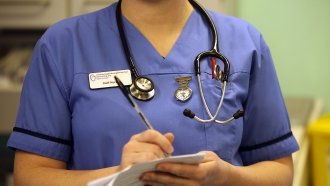 "These are women that have really inspired me, even before they passed away. So to be able to honor them after they passed away, it's kind of like a really bittersweet situation, right? Like, of course the world would be better if they were still here fighting. Unfortunately, that's not the reality. The most I can do is then honor them and their work after they've passed," Rye said.

One of those honored is Marielle Franco, a progressive politician from Brazil whose work focused on women and low-income populations. Her death earlier this year was thought to be an assassination. She was one of the women who resonated most with artist Vienna Rye.

In total, Rye created 55 pieces, each one honoring a different woman. They were inspired by submissions from the activists' family members and friends.

Each piece takes Rye about half a day to create. She hopes projects like these can signal the need for more education on change-makers around the globe.

"It was difficult, honestly, to find photos of some of the women. ... It also speaks to, you know, how often especially women of color are left out of history simply because either they weren't documented or they weren't photographed. ... These are women that you won't see in history books. It just makes our task all the more important," Rye said.