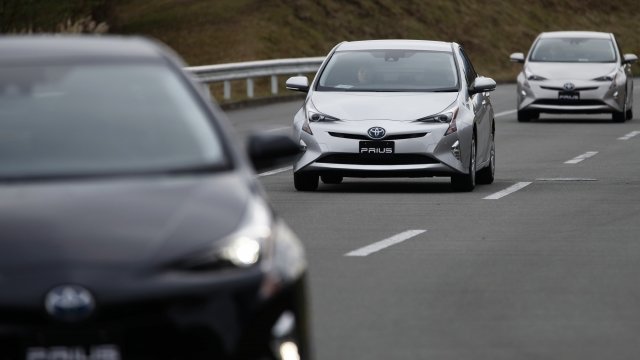 Toyota is recalling 2.4 million hybrid vehicles worldwide. More than 800,000 of the affected cars are in the U.S.

Toyota says the issue is in the vehicle's failsafe feature, which is supposed to automatically idle the car so it can get to the side of the road. But Toyota says in "rare situations" the feature hasn't functioned, causing the car to lose power and stall. The company warns that while power steering and braking still function in the failsafe mode, it could increase the risk of a crash.

And last month, Toyota issued a safety recall for more than 1 million hybrid vehicles because of an electrical issue that could cause the cars to catch on fire.