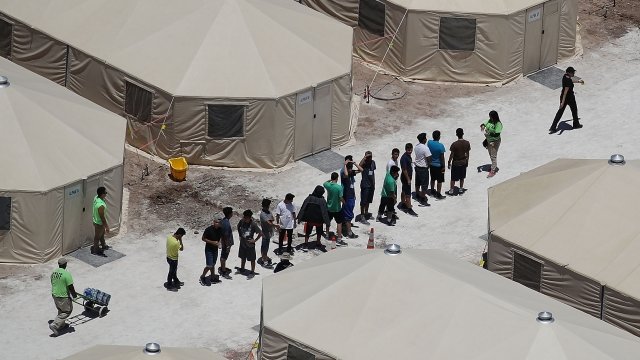 A tent-like facility in Texas that houses unaccompanied migrant children may close next month after they are all released to parents or sponsors in the US. That's according to an official who spoke with several news outlets, including CNN and CBS News.

The migrant shelter is located near the Tornillo-Guadalupe Port of Entry and operated by BCFS, a nonprofit that operates health and human services programs. The shelter opened this past summer with a capacity of about 300 people. Now, it reportedly houses between 2,400 to 2,800 children.

The official told news outlets the facility will no longer accept children and will close after the last child is released to either a sponsor or another facility run by the Office of Refugee Resettlement.

The federal government's contract with BCFS will expire on December 31st, and the source says the non-profit does not plan to extend it.

An exact closing date for the facility has not yet been announced.