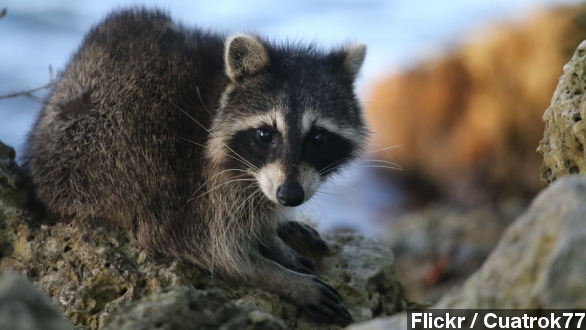 By Katherine Biek
February 7, 2014
This week, animals made headlines for antics that were out of the ordinary.
SHOW TRANSCRIPT

​The animals who made the news this week definitely weren't acting like their usual selves. Here's a look at our top three unusual animal stories of the week.

In our No. 3 spot, the cold and gloomy weather in the U.K. is affecting the penguins at a Sea Life Sanctuary. (Via KHAS)

"They have put them on antidepressants. Vets are putting them on pills until the sun comes out." ​(Via Fox News)

"Animal experts say these wild Humboldt penguins are accustomed to dealing with the extreme cold temperatures, but they're not used to weeks of clouds and rain." (Via KGTV)

MSN says this isn't the first time the Scarborough Sea Life Sanctuary has had to medicate the penguins. The birds were given antidepressants back in 2011 after a break-in caused them significant stress.

Poor penguins. Sanctuary officials say the medication seems to be helping them, but they're hoping the sun comes out soon. Hey, we are, too.

"A monkey busted for breaking into cars in one Florida town. Not stealing anything, just tossing some things around and making a big mess." ​(Via Fox News)

"These guys have prehensile fingers; they can open doors, they can open screen doors and rifle through anything that they need to." (Via WTVJ)

Now, no one has actually caught the monkey in the act, but it's possible it's behind the break-ins. It's thought to be a rhesus macaque, a species that National Geographic points out is known to roam wild in Florida and is very intelligent.

And our No. 1 animal story of the week is definitely unusual. A raccoon made its way into a woman's home and curled up on her bed while she was sleeping. Yikes! (Via The Boston Globe)

"She thought it was her cat and started petting it. ... That's when the raccoon attached itself to her face and started to attack her." (Via NECN)

The woman will now have to go through a series of rabies shots. Ouch!

Thanks for watching Newsy's top three unusual animal stories of the week. Let's hope the animals are behaving a little better next week.