Top 3 Heartwarming Surprises Of The Week 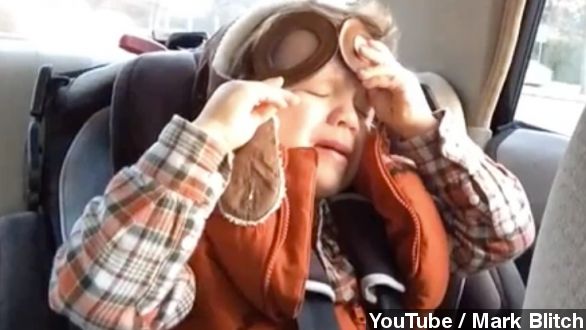 By Candice Aviles
February 7, 2014
This week's top three heartwarming surprise stories include a man who finds $43,000 and a Christmas gift that keeps getting better.
SHOW TRANSCRIPT

This week's top three heartwarming stories all involve the element of surprise. From an unexpected donation to an unbelievable reaction to music, here are this week's top picks.

Our No. 3 spot goes to a Goodwill manager who stumbled upon $43,000 in cash left in donated clothing. (Via KTUL)

"I couldn't believe it. I didn't know how much it was, but I knew it was a lot because it was hundred-dollar bills in bank bands." (Via WXYZ)

"Well that nice honest man right there immediately called the cops. They tracked down the owner. He said he never gave it a second thought. He just knew it was the right thing to do." (Via Fox News)

It turns out the person had donated clothes of an elderly relative without checking the pockets first.

Our No. 2 surprise is probably the cutest video we've seen all week. Four-year-old Jackson Blitch is so overcome with emotion while listening to the song "Say Something" that all he can do is cry. The kicker? He doesn't want it to stop. (Via E!)

The video of the young boy went viral with more than 2 million views. It even got the attention of singer Christina Aguilera, who tweeted the vid. The kid's dad says his son isn't afraid to show his emotions and bare his soul. (Via YouTube / Mark Blitch, Twitter / @xtina)

But the story that took the cake for best heartwarming surprise goes to a hardworking single mom in Alabama who got the best Christmas present ever.

Lysanias Taylor was given one ticket to see "Motown: The Musical" in New York City. Her response was priceless.

"But the daughters could only afford the one ticket, not the airfare, not the hotel. That is when our viewers stepped in in a big way. They helped arrange a week's worth of amazing experiences." (Via NBC)

Taylor and her family flew to New York City, made an appearance on the Today show, and got a personal performance from the Broadway stars and a visit from Motown founder Berry Gordy. (Via NBC)

Talk about a great week of surprises. Thanks for watching our top three heartwarming stories; check back with us next week for more heartwarming moments.