Time's Up Taps WNBA President As Its CEO 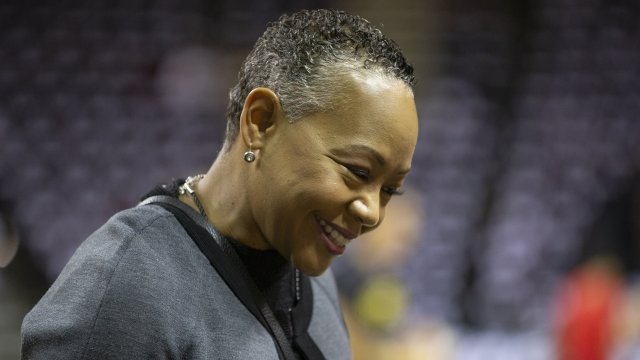 SMS
Time's Up Taps WNBA President As Its CEO

By Andrea Gonzales
October 2, 2018
The organization born out of the #MeToo movement has a leader, and it's moving to become a nonprofit that helps people worldwide.
SHOW TRANSCRIPT

Time's Up has tapped its first CEO and president since making its debut at the Golden Globes back in January.

On Tuesday, it announced Lisa Borders will leave the WNBA to lead the organization — and that it will become a nonprofit that aims to end workplace discrimination around the world. Shonda Rhimes and Kerry Washington were among the members who helped pick Borders. She'll start Nov. 1.

Women in Hollywood organized Time's Up at the height of the #MeToo movement following sexual assault allegations against industry leaders including Harvey Weinstein, Kevin Spacey and Matt Lauer.

It launched a legal defense fund administered by the National Women's Law Center. It's received millions in donations since January, and Time's Up says it's helped connect more than 3,500 people in all 50 states to legal resources, two-thirds of them identifying as low-wage workers.