Thousands Of Species Found In Lake Under Antarctic Ice 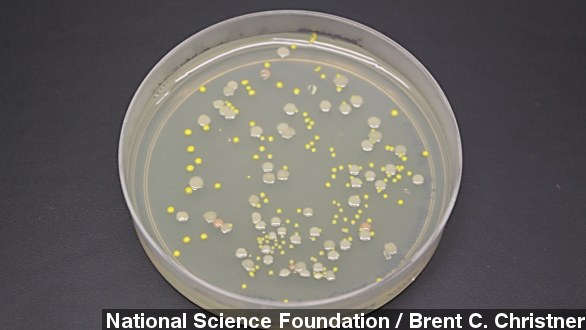 SMS
Thousands Of Species Found In Lake Under Antarctic Ice

By Steven Sparkman
August 20, 2014
A U.S. team found nearly 4,000 species in a subglacial lake that hasn't seen sunlight in millennia, showing life can thrive even under the ice.
SHOW TRANSCRIPT

A half-mile of ice isn't enough to suffocate life. A team of scientists who drilled into one of Antarctica's subglacial lakes last year says the lake is pretty well-packed with living things.

The U.S.-based team used a sterile hot water drill to reach and collect samples from Lake Whillans, one of Antarctica's roughly 400 lakes, which are kept liquid by pressure, friction and the planet's heat.

Shortly afterward, they announced they'd found life in the lake water, and after a year and a half of study, they've confirmed nearly 4,000 species, many of them completely new.

Life existing at all in a lake that hasn't gotten any sunlight in more than 100,000 years is definitely impressive. As you can probably guess, energy is scarce beneath the ice.

But the single-celled organisms that live there have a creative trick: they eat the rock to survive, having found ways to use minerals like iron and ammonium for energy, similar to how microbes on the bottom of the deepest oceans get by.

A Russian team collected samples from Lake Vostok shortly before the U.S. team got to Lake Whillans. They published findings of life under the ice a year ago, but many scientists said their drilling technique risked contamination.

Now it's definitive: life can survive under Antarctica's ice sheets, far away from sunlight. And that has some big implications.

Saturn's moon Enceladus and Jupiter's moon Europa are both potential candidates for alien life. The findings in Antarctica are more evidence that life could thrive under the moons' ice crusts.

The team hopes to return to Lake Whillans this winter to take more samples and see if they can find more species, including, perhaps, some small animals.

This video contains images from NASA.