This Isn't Your Father's Cuba, But His Favorite Band Is Playing There 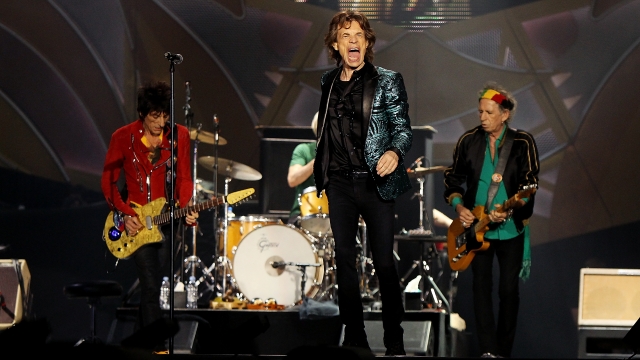 SMS
This Isn't Your Father's Cuba, But His Favorite Band Is Playing There
By Karen Rodriguez
By Karen Rodriguez
March 1, 2016
The Rolling Stones will perform in Havana for the first time ever March 25, a few weeks after Diplo's gig in Cuba.
SHOW TRANSCRIPT

The Rolling Stones have been performing for half a century, but the British rockers will check off a few firsts during an upcoming gig in Cuba.

It's the band's first performance in the country.

A rep for the Stones said the show there "will be (Cuba's) first open air concert by a British Rock Band."

It will also be one of the first major performances on the island since the U.S. and Cuba reinstated relations. Diplo and Major Lazer will be the first March 6.

The Rolling Stones confirmed the show Tuesday after months of rumors.

They said in a statement online, "We have performed in many special places during our long career but this show in Havana is going to be a landmark event for us, and, we hope, for all our friends in Cuba too."

The historic performance will be days before President Barack Obama makes his historic visit to the island and weeks before the international music festival Musicabana.

This video includes clips from The Rolling Stones and The White House and images from Getty Images.

Biden Administration Moves To Ease Some Trump-Era Restrictions On Cuba

Afghan Refugee, Journalist Highlights Other Refugees Now In The U.S.