Film 'They Shall Not Grow Old' Breathes Life Into WWI Footage 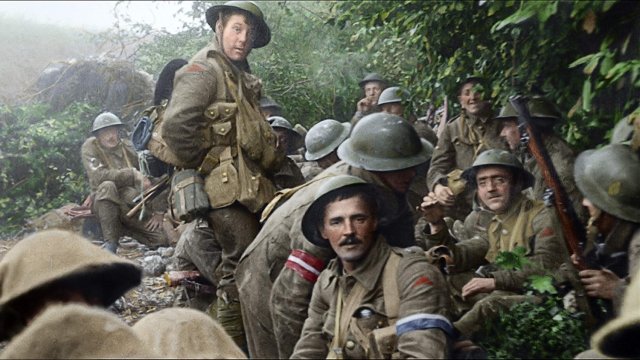 They were real people — real soldiers who fought in World War I. This footage captures what war was like more than 100 years ago. It's black and white, silent, and grainy. "The Lord of the Rings" director Peter Jackson's new documentary film "They Shall Not Grow Old" transforms archival footage like this, to this.

On the documentary, the veterans said:

Jackson wants to make history more relatable to modern viewers, and he says the authenticity of the film is important.

It took three years to put the film together. One hundred hours of archival footage were first digitally restored. That means older footage with damage like this — blurs, scratches or blotches — was digitally cleaned up. Otherwise, the final footage would look like this.

After restoration, the shots were meticulously colorized with the help of historians.

"We have access to real uniforms during those times. What that does is it raises the bar and allows us to strive for something that's maybe not been achieved before," said Milton Adamou, the film's senior color adviser. 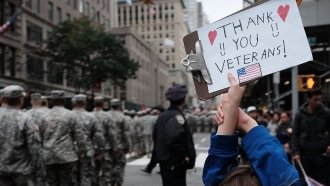 The Argument For Changing 'Veterans Day' Back to 'Armistice Day'

Certain things could be missed without colorization.

"That's where the bullet has gone through the ankle. Its the sort of detail that you cannot see in the original footage," Jackson said.

The cameras used to shoot this footage were hand-cranked, so the video looked slow and jerky. Jackson's team sped up the film's frame rate to make the movements look natural. 3D technology was also incorporated to give it a more modern look.

And on top of cleaning up the visual aspects, there was also sound to consider. These films were silent, so forensic lip readers interpreted what soldiers were saying. Actors lent their voices, and some veterans even told their own stories. Audio of real tanks and explosions was used to recreate the sounds of war. 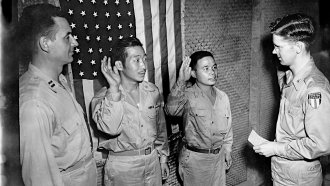 Jackson's far from the first person to try to bring history into the modern era.  Photographers and restorers have been colorizing old images to make them more relatable for more than a century.

And Jackson's project is not without its critics. One questioned the "sticky" ethics of Jackson's tinkering and whether he's erasing history. The critic asked: "Rather than archive and preserve older films, are we now to 'update' them every few years?"

On its initial U.S. opening, "They Shall Not Grow Old" made $2.3 million. It will play again on select theaters Dec. 27 and expand to a wider release Feb. 1.