There's No Good Way To Respond To A President's Congressional Address 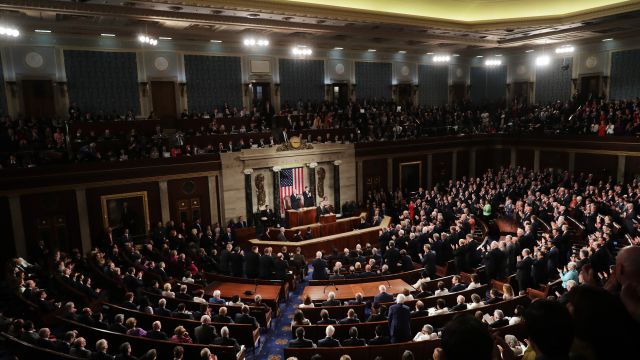 By Eugene Daniels
February 28, 2017
At this point, we can only assume the job is cursed.
SHOW TRANSCRIPT

At the beginning of the year, the party not in the White House chooses a rising star to give an official response to a presidential address to Congress, essentially outlining their party's agenda in comparison.

But if you're a lawmaker who gets asked to do it, run away — fast. Because based on the past few years, we can only assume the job is cursed.

Take Louisiana Gov. Bobby Jindal in 2009. His response was awkward and widely panned in the media. It was even called "a disaster."

In 2010, Virginia Gov. Bob McDonnell took the reins. Since then, he's been convicted and sentenced on corruption charges. Though the Supreme Court vacated his conviction, his political career is likely over.

And probably the most famous is good ol' thirsty Marco Rubio in 2013. Just one awkward pause to drink some water created a joke about him that just won't die.

And this is a bipartisan curse. In 2008, Kansas Gov. Kathleen Sebelius gave a pretty awkward address that got some very negative reviews. 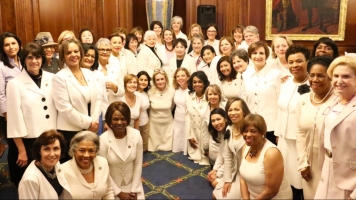 Why Some Female Lawmakers Decided To Wear White For Trump's Address

Granted, giving this response is tough. The viewers go from watching a bunch of pomp and circumstance and loud applause for the president to what essentially looks like a straight-up hostage video. There's no applause, and the audience is usually full of political aides who are silent the whole time.

And sure, there are exceptions to every rule. South Carolina Gov. Nikki Haley mostly jabbed at then-candidate Donald Trump during her response last year, and now, she's representing the U.S. in the United Nations. And you can't forget Paul Ryan, who rode his 2011 response all the way to being Mitt Romney's pick for vice president — even if that didn't turn out so well.