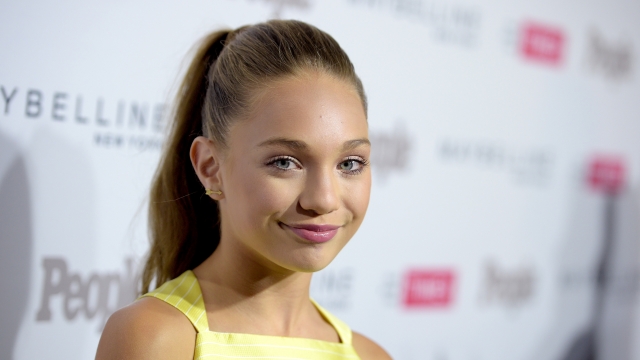 SMS
There's A Good Reason Why Maddie Ziegler Will Be A 'SYTYCD' Judge
By Lexie Hammesfahr
By Lexie Hammesfahr
March 3, 2016
The 13-year-old former "Dance Moms" star will become the youngest judge ever on Fox's dance competition show.
SHOW TRANSCRIPT

Maddie Ziegler, the 13-year-old former "Dance Moms" star, is set to become the youngest judge on "So You Think You Can Dance."

The dancer made a name for herself as the standout young performer in Abby Lee Miller's dance company on Lifetime's "Dance Moms."

From there, she began appearing in Sia music videos and live performances for the hit songs "Chandelier," "Elastic Heart" and "Big Girls Cry."

The addition of Ziegler to the "SYTYCD" judging team makes sense. The upcoming 13th season is being called "The Next Generation" and will feature contestants ranging from 8 to 13 years old.

Fox said in a statement that Ziegler will "lend her expertise as a young dancer to critique and praise the contestants."

She should be good at that. After all, she learned how to critique from the best. We just hope she's a little nicer than Abby. "SYTYCD" returns May 30.

This video includes footage from Lifetime, CBS and RCA Records and images from Getty Images.