The US Is Suspending All Flights To Venezuela 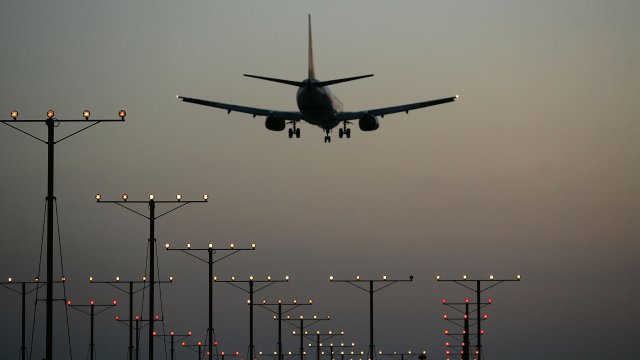 On Wednesday, the Department of Homeland Security announced it's suspending all commercial and cargo flights from the U.S. to Venezuela indefinitely.

In a statement, the agency said that Secretary of State Mike Pompeo had approved the measure and that Transportation Secretary Elaine Chao had already implemented it.

The statement noted the "determination is based on the ongoing political instability and increased tensions in Venezuela and associated inadvertent risk to flight operations."

U.S. airlines had already suspended commercial passenger flights between the two countries. The last to do so was American Airlines, which ended its flight to Caracas in March.

The State Department has also advised U.S. citizens to avoid travel to the South American country due to "crime, civil unrest, poor health infrastructure, kidnapping, and arbitrary arrest and detention of U.S. citizens."