'Sovereign Citizens' Are Deemed A Serious Threat, Yet Largely Unknown 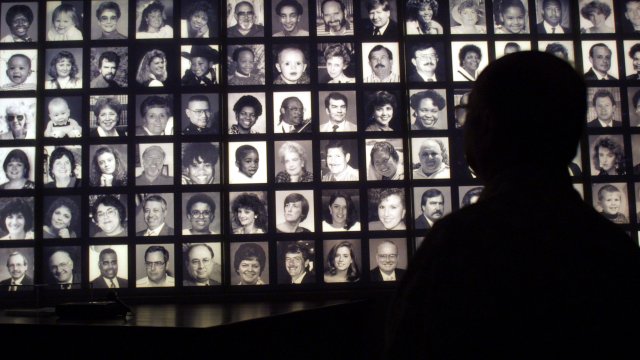 But there's a hodgepodge of factions and individuals far less visible but reportedly growing. They're called "sovereign citizens."

They're not just men keeping to themselves in the woods.

Some members have carried out murders, attacks on police, forged passports and money.

Getting a fix on how many "sovereign citizens" there are is slippery. The Anti-Defamation League has put the number at "tens of thousands," and the Southern Poverty Law Center has estimated 300,000. Both groups predict growth is likely. Even knowing what to call them is challenging. In addition to "sovereign citizens" or "sovereigns," followers go by "constitutionalists," "freemen" and "state citizens."

The root of their doctrine can be hard to define because there is no central document outlining their beliefs. A number of variations exist, but the central theme goes something like this: A corporation surreptitiously took over the federal government. The corporation went bankrupt and turned to international bankers for help. The bankers needed collateral, and the corporation put up the people of the United States. The implication is that your birth certificate and Social Security card are not just official documents. They're contracts that enslave you. Sovereigns often rip them up and throw them away.

Here is a slightly different version: The government established by the Founding Fathers had a legal system the sovereigns call "common law." However, at some point, that original system was replaced with admiralty law — the law of the sea and international commerce. Under the original system, sovereigns were free. Under the new plan, they're slaves — unless they rebel.

The FBI explains: "Sovereign citizens are anti-government extremists who believe that even though they physically reside in this country, they are separate or "sovereign" from the United States. As a result, they believe they don't have to answer to any government authority, including courts, taxing entities, motor vehicle departments, or law enforcement."

The sovereign citizens movement can be traced to the Posse Comitatus, a racist, anti-Semitic group from the 1970s and '80s rooted in the Midwest.

Today, many sovereigns, including black followers, seem unaware of the origins. A propensity for violence among some members concerns law enforcement. Incidents include:

In 2010, a father and son who were "sovereign citizens" gunned down two police officers on Interstate 40 near West Memphis, Arkansas. 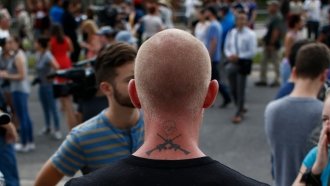 Suing Women-Only Spaces In The Name of Men's Rights

In 2016, an ex-Marine who had become a sovereign citizen killed three law officers in Baton Rouge.

Those are fairly recent examples, but there's one that goes back to 1995 worth noting. Terry Nichols, who collaborated with Timothy McVeigh in the Oklahoma City bombing, claimed to be a sovereign citizen. This once-obscure group seems to be attracting followers. As they move into the national security spotlight, their effect on America’s future is a lingering question.