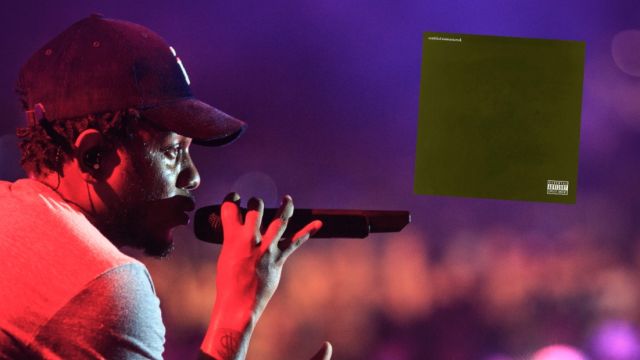 SMS
The Story Behind Kendrick Lamar's Unexpected 'Untitled Unmastered'
By Jamal Andress
By Jamal Andress
March 4, 2016
If you recognize some of the tracks, that's because he performed many of the songs live during various TV appearances, like on "The Tonight Show."
SHOW TRANSCRIPT

"Untitled Unmastered" is King Kendrick's fourth album, but Lamar says the unmastered tracks are essentially leftovers from "To Pimp a Butterfly."

If you recognize some of the tracks, that's because he performed many of the songs live during various TV appearances, like "The Tonight Show" and the final episode of "The Colbert Report."

So who do we have to thank for the Compton emcee's latest unexpected release? Well, oddly enough, it could be NBA All-Star LeBron James.

King James tweeted the CEO of Lamar's label Top Dawg Entertainment asking for the Grammy-winning rapper to release the untitled tracks. And while we've all probably tweeted at artists to release new music — we're looking at you, Frank Ocean — we're not LeBron James.

"Unitled Unmastered" has eight tracks, and it sticks with the same soulful, jazz-influenced sound heard on "To Pimp a Butterfly."

Look out for track seven — it features production from Egypt, the 5-year-old son of singer Alicia Keys, and producer Swizz Beatz. Early Friday morning, Swizzy posted an Instagram video of his boy working on the piano.

Oh, and don't worry. Kendrick's latest is streaming on all major platforms. That means Spotify, Apple Music and Tidal. Happy Friday, everybody.