The Stock Market Just Had Its Worst Christmas Eve Ever 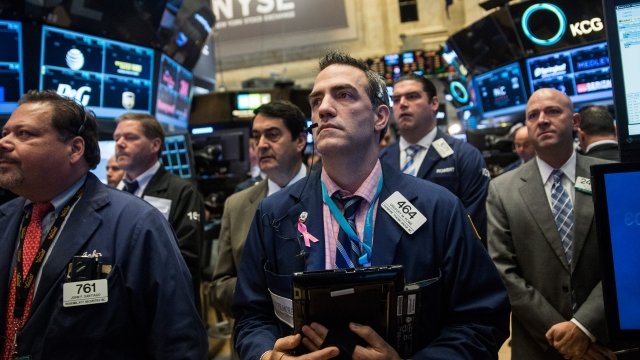 Just days after the Dow ended its worst week since 2008, it and some of the other major American stock market indexes had their biggest declines on Christmas Eve ever.

And the Nasdaq, which is also in a bear market, fell 2.2 percent. A bear market happens when this index falls more than 20 percent from a recent peak.

Analysts say there are a couple reasons why this happened.

The market recovered late Monday morning, but then fell even more sharply after President Trump tweeted about the Federal Reserve. He said, in part, "The only problem our economy has is the Fed."

Investors are reportedly concerned Trump may fire Fed Chairman Jerome Powell, something Mnuchin said the president wouldn't and couldn't do.