HIV Is Getting Harder To Treat. Could Another AIDS Epidemic Be Next? 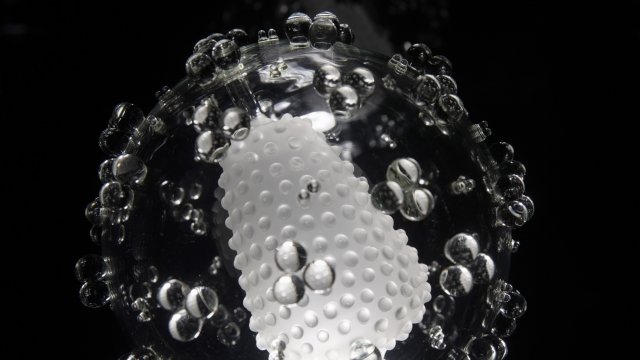 On July 3, 1981, The New York Times published a one-column story on Page A20 about "a rare and often rapidly fatal form of cancer" that doctors in New York and California were seeing.

That rare cancer was AIDS — Acquired Immune Deficiency Syndrome. But the term didn't appear in the story because the CDC didn't establish an official name for another year.

The next decade brought a number of other key developments:

1984 - The Human Immunodeficiency Virus (HIV) was identified as the cause of AIDS.

1987 - The first antiretroviral drug — AZT — was approved by the FDA for treating AIDS.

Then, in 1997, the number of deaths dropped by more than 40 percent in one year, mainly due to more antiretrovirals delivered to patients as a "cocktail" going by the acronym HAART, highly active antiretroviral therapy.

Turns out taking only one medicine, like AZT, was less effective. AIDS is still treated with a combination of antiretrovirals today, often called the HIV regimen. HIV destroys infection-fighting cells. Losing those cells makes it hard for the body to successfully fight infections and diseases. 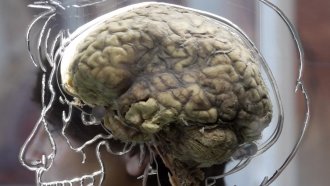 Is The Herpes Virus A Key To Curing Alzheimer's Disease?

Antiretrovirals prevent HIV from multiplying. Having less HIV in the body gives the immune system a chance to recover and fend off related conditions, like cancer. Progress has been made. The UN reports that new infections fell from 3.4 million in 1996 to 1.8 million in 2017, and AIDS-related deaths dropped from 1.9 million in 2004 to 940,000 in 2017.

Despite the encouraging stats, there are concerns that a resurgence could reignite the AIDS pandemic. Here’s why: antiretrovirals don't cure anything. They control and suppress HIV, but it’s still there in the body — still a danger.

Much of the progress in developing countries is because of a less-expensive cocktail of drugs that brought the annual cost down from more than $10,000 per person in 1996 to less than $75 today. Plus, a multibillion-dollar infrastructure was created to locate, treat and monitor infected individuals.

But any interruption in taking the cocktail can clear the way for HIV to re-emerge, sometimes in a mutated form that is stronger and drug resistant.

Plus, a 63-nation survey found that anywhere from 6 to 11 percent of new infections involved drug-resistant forms of HIV.

In 2017, cocktail failure rates due to drug resistance hit 90 percent in some countries. In other words, the infections did not respond to the $75-a-year therapy.

More expensive medicines might be effective, but that's simply not an option in many poor countries, in part because of the availability and, of course, money.

A UNAIDS report says roughly $19 billion is being spent yearly on HIV programs. How much is needed? A commission says $36 billion is needed to eradicate HIV by 2030.

With drug-resistance on the rise and money in somewhat short supply, experts are bracing for the next phase of HIV worldwide and trying to head off a new HIV epidemic.