This Map Can Help Navigate The Partisan Media Landscape 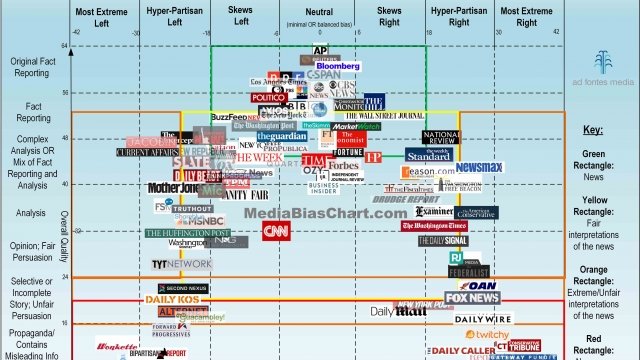 SMS
This Map Can Help Navigate The Partisan Media Landscape
By Evan Thomas
By Evan Thomas
December 28, 2018
Vanessa Otero set out to rank an ever-growing partisan media landscape, with the belief that an informed public is a better public.
SHOW TRANSCRIPT

A couple years ago, patent attorney Vanessa Otero ran into a problem that just about anyone who's active on social media will recognize.

"It started in 2016, in the run-up to the last presidential election. I started becoming very alarmed about the kind of quality and bias of information that people would use to support their arguments to their friends," Otero told Newsy in a recent interview. "I thought it might be helpful to map it - better, worse, left and right - I started piecing it together on my own, just to explain to my friends on Facebook."

"We've had this overabundance, proliferation of online news sources, and most of it is in the areas of analysis and opinion," Otero said. "If people understood that the sources they consume are actively making them angrier and polarizing them, they might choose to consume less of that." 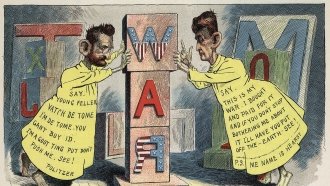 Viewers will recognize big names like CNN and Fox News, but Otero says she’s starting to get requests to add smaller outlets, too. Extreme partisan sources like Breitbart and Wonkette appear at the ends of the axes.

As a whole, the chart provides a frame of reference for a news industry that is growing increasingly partisan.

"So much of the content that we consume right now is telling you how you should feel about a subject," Otero said. "The stories - when they break, and the spin on them, the takes on them 24 hours later - are really revealing."

Believe it or not, social scientists don't think the polarized media climate has done much permanent damage to democracy — yet. But it's not exactly harmless, either. An analysis of Nielsen data from the Knight Foundation shows a widening gap between liberals who say they trust the media and conservatives who say they don't. The Pew Research Center finds that the most partisan among us are more likely to be steering the broader political conversation.

A comprehensive chart of political media, then, could serve as a sort of guide for those who want to make up their own minds. Or, to hear Otero tell it:

"What the media bias chart is is an anchor," Otero said.

Of course, Otero is just one person — with her own biases and blind spots.

"I've taken into account certain criticisms," Otero said. "I have actually made adjustments to certain sources, especially from some of the earlier versions. … If the sample was really unfair — and I can go back and look at that — and take those comments into account, especially if I get those comments from a lot of readers of that source and other sources." 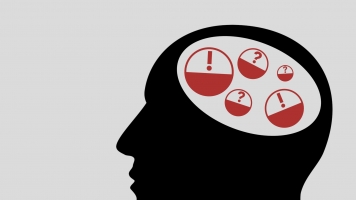 How We Can Immunize Ourselves Against Bogus Information

Until now, Otero has mostly managed the project herself. But she recently finished crowdfunding more than $32,000 to hire more analysts, vet more sources and make her charting process more transparent.

"There's a limit to what I can do on my own. I've developed really robust methodologies, really granular methodologies … the headline, the picture or graphic, the lede or chyron, and then individual sentences for quality and bias. … I just started recruiting a team of analysts to help me do that."

"I felt a responsibility to improve that as much as I could, because people are relying on it. I fundamentally feel that if you're going to put out information that influences people, which this does, you have a responsibility to make it as good as you can."

In the future, Otero hopes her chart could be a sort of "consumer reports for media ratings" — both in terms of its comprehensive reach, and its reputation as a reliable guide.

"I want to make news consumers smarter, and the news media itself better. Those things are both really lofty, but it's doable," Otero said. "There are folks who, if they have this information, would make better choices … as consumers of media first, and then citizens."