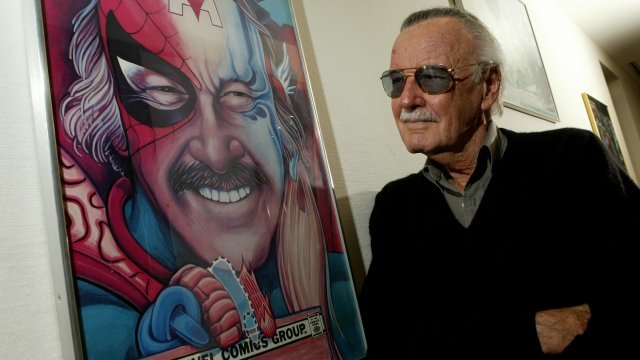 By Casey Mendoza
November 12, 2018
Stan Lee's name is ubiquitous in the comic book industry, and that's because the industry wouldn't be where it is without him.
SHOW TRANSCRIPT

"What's the matter with you kids? You never seen a spaceship before?"

"Now don't you move. My hands aren't as steady as they used to be."

Even if it's just for a few seconds, you can't watch a Marvel film without seeing Stan Lee, and that's because there would be no Marvel without him.

Alongside artists Jack Kirby and Steve Ditko, Lee co-created dozens of the biggest superheroes and comic book franchises known today — Spider-Man, the  X-Men, Thor. It would take far too long to go through the entire list of his characters. But what started it all was the debut of the Fantastic Four in 1961.

That comic was developed to rival DC's Justice League franchise, and its success catapulted Marvel into becoming one of the biggest forces of the industry.

Lee said in his biography, "For once I wanted to write stories that wouldn't insult the intelligence of an older reader, stories with interesting characterization, more realistic dialogue, and plots that hadn't been recycled a thousand times before." 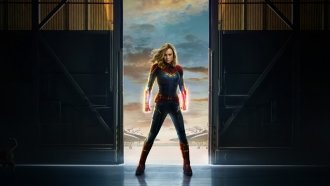 The Complicated History Of The Captain Marvel(s)

Lee wrote that about Fantastic Four, but it could also be ascribed to any story or series the icon developed. Compared to the godly superheros of the Golden Age of comics, Lee's characters were complex, flawed and, most of all, human.

"When you least expect it, they show us it's OK to be vulnerable."

Today, Lee's universe has expanded to include video games, movie franchises and TV series. In 2016, Vulture said Lee was "the single most significant author of the pop culture universe in which we all now live."

The comic book creator died Monday at the age of 95, but his legacy lives on through his characters. Lee's name is attached to at least a dozen upcoming Marvel projects, and his famous cameos might make the cut for more films.

"You know, I guess one person can make a difference. Enough said."