The FCC Votes To Approve Merger Between T-Mobile And Sprint 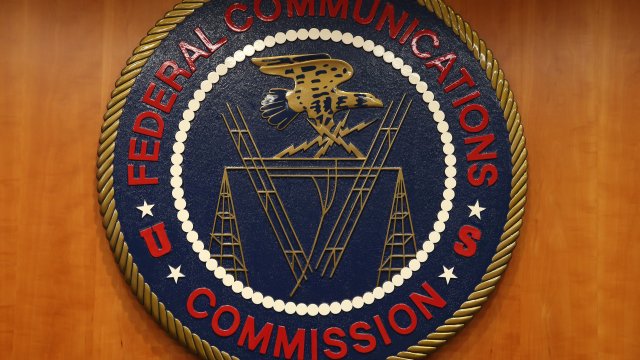 SMS
The FCC Votes To Approve Merger Between T-Mobile And Sprint
By Alec Larson
By Alec Larson
October 16, 2019
Both Democratic commissioners voted against the $26 billion deal.
SHOW TRANSCRIPT

The Federal Communications Commission reportedly voted on Wednesday to approve the proposed $26 billion merger between T-Mobile and Sprint, two of the nation's largest wireless carriers.

FCC Chairman Ajit Pai, who had previously signaled his support for the merger, and two Republican commissioners moved to follow the lead of the Justice Department, which approved the deal in July. The two Democratic commissioners voted against it.

The merger has not quite reached the finish line yet, though. The deal still faces a lawsuit from a team of state attorneys general, who argue that its approval could potentially lead to higher prices for consumers. A trial is set for December.

In a statement released after she voted against the merger, FCC Commissioner Jessica Rosenworcel said: "Overwhelming evidence demonstrates that the T-Mobile-Sprint merger will reduce competition, raise prices, lower quality, and slow innovation. ... The process that got us here is equally troubling. Three of my colleagues agreed to this transaction months ago without having any legal, engineering, or economic analysis from the agency before us."

Meanwhile, Commissioner Geoffrey Starks said he voted no, in part, because Sprint is the subject of an ongoing FCC investigation; it's accused of abusing funds from a federal subsidy program.