'The Dark Tower' Takes An Unsatisfying No. 1 Spot Bow At Box Office 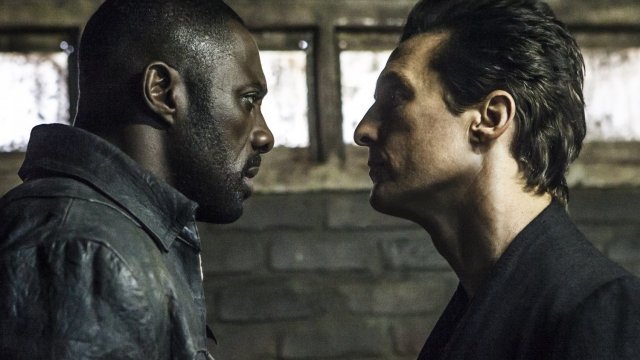 SMS
'The Dark Tower' Takes An Unsatisfying No. 1 Spot Bow At Box Office

By Jamal Andress
August 6, 2017
With an 18 percent Rotten Tomatoes score and a mediocre $19.5 million weekend, "The Dark Tower" struggled its way into first place.
SHOW TRANSCRIPT

Taking the No. 1 spot this week, and disappointing Stephen King fans everywhere, is "The Dark Tower," bringing in an estimated $19.5 million in its debut weekend.

Because "The Dark Tower" was not an expensive movie to make — it cost about $60 million — this not an outright flop, but it does temper any expectations for a movie franchise, which is what some were hoping for.

"It's been the one story I can't really leave alone. I just keep coming back to it," author Stephen King said.

The "Dark Tower" book series is a collection of eight novels that were released over 14 years, so for many fans of the books — and, of course, the folks at Sony Pictures — this movie was an opportunity to launch a set of interconnected movies.

The "Lord of the Rings" films made nearly $3 billion at the box office — not including the spinoff "Hobbit" films. "Harry Potter and the Deathly Hallows — Part 2" made $1.3 billion by itself.

But both of those series had great debut movies that fans and critics alike enjoyed. "The Dark Tower" wasn't so fortunate.

What the Flick?! critic William Bibbiani said: "For Stephen King fans, this is 'Lord of the Rings.' This is like this epic tale of fantasy and adventure. … I don't see any fans of the books celebrating this."

Unfortunately, this film doesn't pass the smell test for fans or critics. But on the bright side, there may not be a better press tour duo in Hollywood.

Falling out of the top spot for the first time since its debut is "Dunkirk," bringing in an estimated $17.6 million. Worldwide, the Christopher Nolan period piece has brought in just over $314 million.

And at No. 3 is "The Emoji Movie," bringing in an estimated $12.3 million in its sophomore weekend.

As for next week: dolls, demons and daughters.