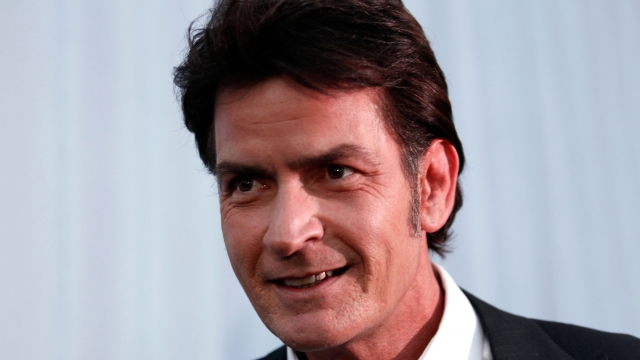 Charlie Sheen is doing good in the world, whether he intended to or not.

"I'm here to admit that I am, in fact, HIV-positive," Sheen shared on NBC's "Today."

The actor revealed he's HIV-positive last November. It birthed what some have called "the Charlie Sheen effect," which resulted in one of the largest events for HIV awareness in the past decade.

A new study published by JAMA Internal Medicine shows that Sheen sparked the largest number of HIV-related Google searches ever recorded in the U.S. That's an additional 2.75 million searches related to the virus that weakens a person's immune system.

And all searches regarding HIV were 417 percent higher than expected on the day Sheen shared his story. It led to significant increases in people seeking answers related to condoms, symptoms and testing.

Sheen himself was behind a 265 percent increase in news reports about HIV. That's 6,500 stories on Google news alone. It's another example of the power of celebrity in the medical community, much like when Angelina Jolie shed light on the BRCA gene mutation and made the decision to have a preventive double mastectomy.

"I didn't expect there to be so much support, and I was very moved by it. It's connected me so much to other families, other women, so it's been a really beautiful journey," Jolie said on ABC.

There's still a push to get more public health organizations to use Sheen's story to promote HIV education. And if you'd like to educate yourself, check out AIDS.gov for information on prevention, testing and how to live a healthy life with or without HIV.

This video includes images from Getty Images and clips from NBC and ABC.

Extending The Life Of Your Mask To Prevent COVID-19

Schools Are Struggling To Change Amid Omicron Spread

Out Of This World: 555.55-Carat Black Diamond Lands In Dubai

Hong Kong To Kill 2,000 Animals After Hamsters Get COVID-19