Tesla Is Producing More Than Ever, Despite Recent Controversies 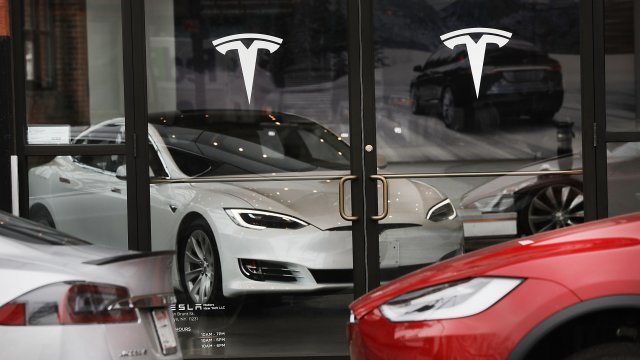 SMS
Tesla Is Producing More Than Ever, Despite Recent Controversies

By Gabrielle Ware
October 2, 2018
Tesla beat its own production record in the third quarter, but that doesn't mean it's all smooth sailing for the company.
SHOW TRANSCRIPT

The company says it made more than 80,000 vehicles in its third quarter. That's 50 percent higher than its previous record set in quarter two. More than 53,000 of those vehicles were Model 3s, and Tesla says it delivered more of those in the third quarter than in all previous quarters combined.

But that doesn't mean Tesla is without its problems. The SEC sued Musk last month, claiming he misled investors in an August tweet about taking Tesla private.

As part of a settlement, Musk agreed Saturday to step down as chairman of the company for at least three years and pay a $20 million fine. Tesla will also pay $20 million.

And despite the company's production surge, Tesla has yet to become profitable. The U.S.-China trade war may not be helping it on that front.

Tesla says it's "operating at a 55 percent to 60 percent cost disadvantage compared to the exact same car locally produced in China."