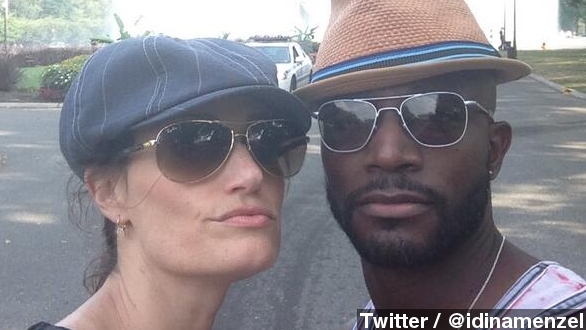 By Lauren Zima
December 12, 2013
The actors had been married for 10 years and were known as a strong couple, but they've suddenly announced a split.
SHOW TRANSCRIPT

Songbirds, theater nerds and people who generally believe in love all shed a tear or broke into a tragic ballad Wednesday night over the news of Taye Diggs and Idina Menzel's split.

Yes, Broadway hearts everywhere broke in what's probably the most surprising Hollywood split since, dare we say it...

Amy Poehler and Will Arnett. ...No?...Still too soon? (Via The Huffington Post)

But, what went wrong? As recently as this fall they'd both frequently posted pictures and videos with each other online. (Via Twitter, Twitter)

The couple released a statement Wednesday saying this was a joint decision. (Via E!)

They'd been open about struggles in their 10-year marriage. Diggs spoke with Bethenny Frankel in September...

BETHENNY: “Do you think marriage is something you have to work on?”

TAYE: “One-hundred percent.”
BETHENNY: “You do.”

TAYE: “I am not ashamed to say, we have a couple’s therapist that we go every once in a while just to fine-tune. Yeah.”

Back in April, a similar sentiment from Menzel, who told People: "I’m not going to glamorize it or glorify it — we go through tough times like everybody else, but we love each other very much."

Still, from what they said — seemed they were working on those problems. Perhaps another issue — they'd recently made a cross-country move, from LA back to New York City, so Menzel could work on a new Broadway production.

Diggs and Menzel met on the original production of "Rent" in the '90s, and are parents to 4-year-old son Walker.