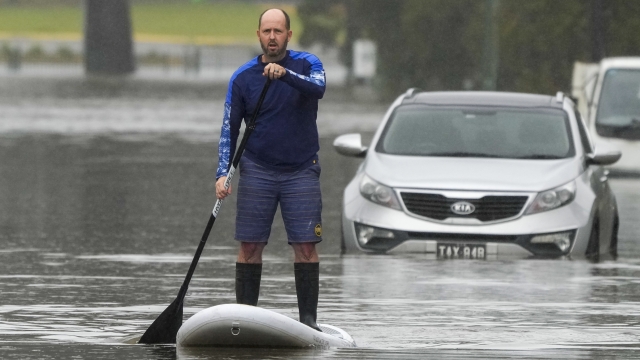 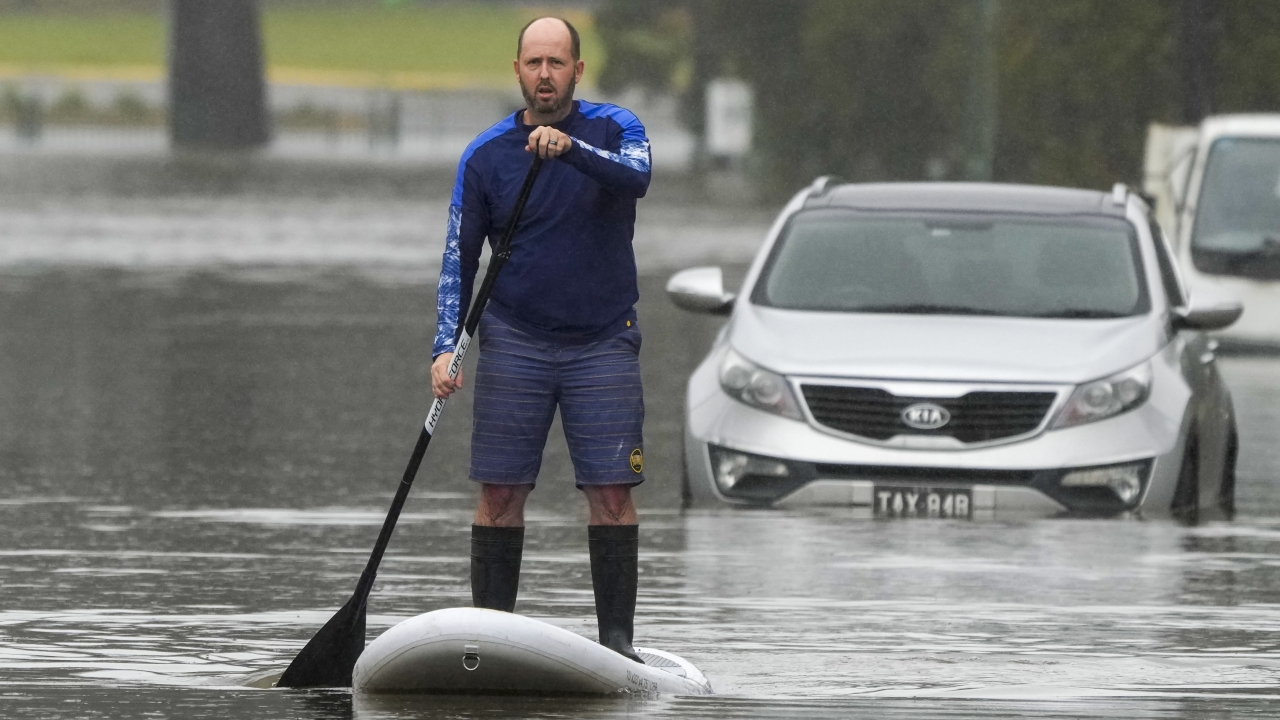 Hundreds of homes have been inundated in and around Australia's largest city in a flood emergency that was causing trouble for 50,000 people, officials said Tuesday.

Days of torrential rain have caused dams to overflow and waterways to break their banks, bringing a fourth flood emergency in 16 months to parts of the city of 5 million people.

Evacuation orders and warnings to prepare to abandon homes were given to 50,000 people, up from 32,000 on Monday, New South Wales Premier Dominic Perrottet said.

"This event is far from over. Please don't be complacent, wherever you are. Please be careful when you're driving on our roads. There is still substantial risk for flash flooding across our state," Perrottet said.

Emergency Services Minister Steph Cooke credited the skill and commitment of rescue crews for preventing any death or serious injury by the fourth day of the flooding emergency.

Parts of southern Sydney had been lashed by nearly 8 inches of rain in 24 hours, more than 17% of the city's annual average, Bureau of Meteorology meteorologist Jonathan How said.

Severe weather warnings of heavy rain remained in place across Sydney's eastern suburbs on Tuesday. The warnings also extended north of Sydney along the coast and into the Hunter Valley.

The worst flooding was along the Hawkesbury-Nepean river system along Sydney's northern and western fringes.

"The good news is that by tomorrow afternoon, it is looking to be mostly dry but, of course, we are reminding people that these floodwaters will remain very high well after the rain has stopped," How said.

"There was plenty of rainfall overnight and that is actually seeing some rivers peak for a second time. So you've got to take many days, if not a week, to start to see these floodwaters start to recede," How added.

The wild weather and mountainous seas along the New South Wales coast thwarted plans to tow a stricken cargo ship with 21 crew members to the safety of open sea.

The ship lost power after leaving port in Wollongong, south of Sydney, on Monday morning and risked being grounded by 26-foot swells and winds blowing at 34 mph against cliffs.

An attempt to tow the ship with tugboats into open ocean ended when a towline snapped in a 36-foot swell late Monday, Port Authority chief executive Philip Holliday said.

The ship was maintaining its position Tuesday farther from the coast than it had been on Monday with two anchors and the help of two tugboats. The original plan had been for the ship's crew to repair their engine at sea. The new plan was to tow the ship to Sydney when weather and sea conditions calmed as early as Wednesday, Holliday said.

"We're in a better position than we were yesterday," Holliday said. "We're in relative safety."