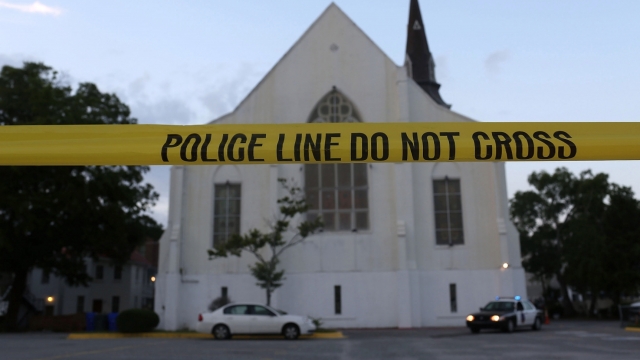 By Katie Link
July 3, 2016
Relatives of victims and survivors of the shooting are reportedly seeking actual and compensatory damages.
SHOW TRANSCRIPT

Several survivors and victims' family members are suing the agency, saying a clerical error allowed the confessed gunman to purchase the weapon that killed nine churchgoers at the Emanuel African Methodist Episcopal Church on June 17.

Dylann Roof purchased the firearm in April 2015. Just weeks prior, he was arrested and admitted to possessing illegal drugs. That in itself should have barred him from purchasing a firearm.

But due to confusion over his arrest records, it didn't. In the days following the massacre, FBI Director James Comey said incomplete and inaccurate paperwork caused the background check to remain listed as "pending" for three business days.

After the three-day mandatory waiting period expired without a final decision, the gun shop completed the sale.

According to The Post and Courier, survivors and relatives of victims of the shooting are seeking actual and compensatory damages in suits against the U.S. government.

The FBI has openly admitted to failures in this case, but it's important to note — the individual who worked on Roof's background check probably won't be hurt by these lawsuits.

Individual FBI agents are commonly protected by "qualified" immunity. In 2015, a CNN analyst wrote: "As long as an official's action is only really dumb — but not quite 'plainly incompetent' — he or she can avoid civil liability."

Roof's federal trial is set to begin in November, and a state trial is scheduled for early next year. He faces the death penalty in both cases.

This video includes images from Getty Images and clips from C-SPAN and WCSC. Music provided courtesy of APM Music.