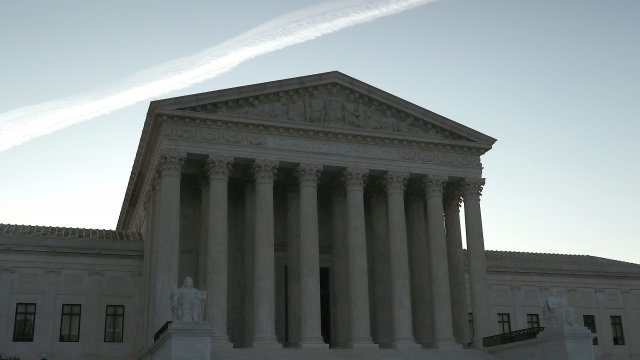 On Friday, the Supreme Court denied a request from the Trump administration to be allowed to enforce a policy of denying asylum to people who illegally cross the U.S-Mexico border.

The Trump administration appealed to the Supreme Court after the 9th Circuit Court of Appeals blocked the president's executive order on the policy earlier this month.

In November, President Trump signed an executive order blocking asylum for anyone who crosses the border between official ports of entry. That was in response to a migrant caravan that was heading towards the border from Central America.

The appeals court noted the Trump administration's policy was just to maneuver around a federal law that allows anyone who enters the U.S. to apply for asylum.