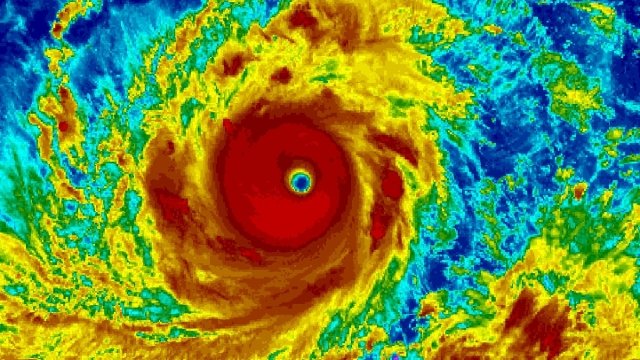 The most powerful typhoon of the season might hit the Philippines, China and Taiwan this weekend, potentially affecting more than 30 million people.

Super Typhoon Mangkhut is currently traveling southwest in the Pacific Ocean, with maximum windspeeds of 178 miles per hour and a rain band measuring 560 miles wide. It's equivalent to a category 5 storm, making it substantially stronger than Hurricane Florence, which right now is a category 2 storm threatening the U.S. East Coast.

The typhoon is predicted to make landfall in the northern part of the Philippines' Luzon Island Saturday morning, which is expected to bear the brunt of the storm. Afterwards, the storm is expected to weaken as it proceeds into southern China Sunday, brushing south Taiwan along the way.

Thousands have already been evacuated in the Philippines as relief preparations are underway. According to authorities, the typhoon's expected heavy rains could trigger landslides and flash floods.