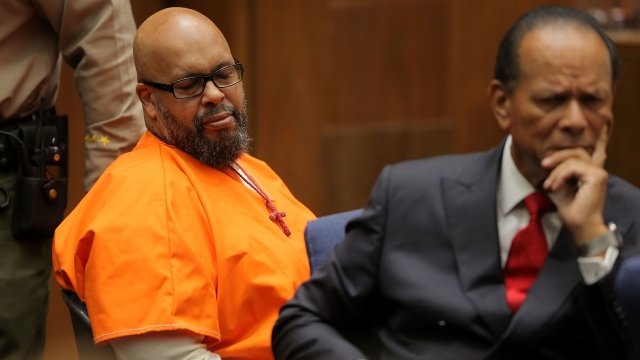 Former Death Row Records CEO Marion "Suge" Knight was sentenced to 28 years in prison Thursday for killing a man in a hit-and-run.

The charges stemmed from an altercation in the parking lot of a Compton burger stand back in 2015. Surveillance footage showed Knight running into two men with his truck, killing one of them and seriously injuring the other. The hit-and-run allegedly followed an argument about Knight's portrayal in the movie "Straight Outta Compton."

The former music mogul has worked with some of the biggest names in hip-hop, including Snoop Dogg, Dr. Dre and Tupac Shakur.