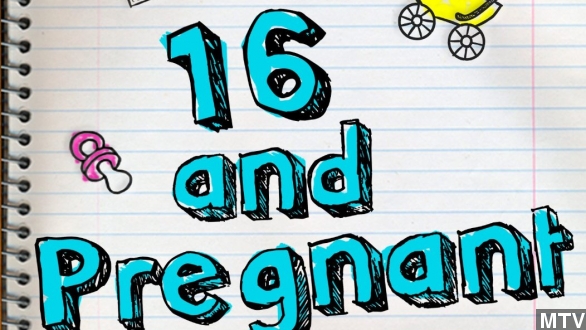 By Jamal Andress
January 14, 2014
A new study says that, believe it or not, the controversial MTV show "16 and Pregnant" has reduced teen pregnancies since its debut.
SHOW TRANSCRIPT

Have you ever watched MTV's "16 and Pregnant?"

*Sounds from promotional video* (Via MTV)

Well, more importantly has your daughter seen it?

According to a new study, the controversial reality show has actually played a role in reducing teen pregnancy in the United States.

The study, released by the National Bureau of Economic Research writes, "We find that 16 and Pregnant led to more searches and tweets regarding birth control and abortion, and ultimately led to a 5.7 percent reduction in teen births in the 18 months following its introduction."

Researchers concluded that viewership, along with Tweets and searches about the show had an effect, and they even have a solid number to attach to their data.

"Approximately 20,000 births per year are not occurring because of the existence of '16 and Pregnant.'"

Up until now, shows like "16 and Pregnant" and "Teen Mom" have been condemned by many as glorifying teen pregnancy.

The Parents Television Council is one group who has spoken out against the show, telling CNN, "Are we really to take MTV seriously as an advocate for teen sexual health? Where was the episode of 'Skins' in which one of the girls has a pregnancy scare or contracts an STD."

As for MTV, it has proudly assumed the "I told ya so" position, with the President of MTV saying in a press release, "We've always believed that storytelling can be a powerful catalyst for change, and are incredibly heartened by this news."

The study acknowledges that "16 and Pregnant" and shows like it obviously are not the only factors contributing to a drop in teen pregnancy. According to researchers, another large part of the drop can be contributed to the 2008 recession.