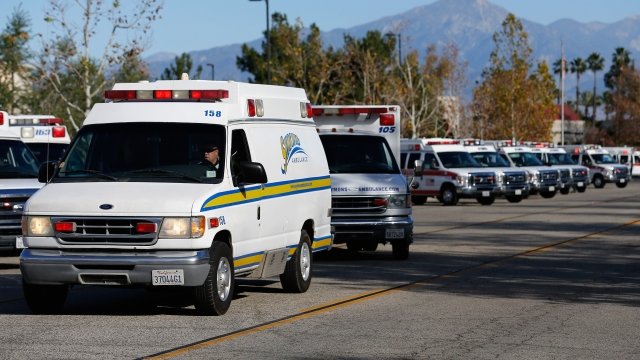 Americans in low-income neighborhoods tend to wait longer for ambulances than people in wealthier areas, according to a new study.

Researchers looked at more than 60,000 911 calls for cardiac arrest in 46 states over the span of a year. They found, on average, ambulance response times were 10 percent slower in poorer communities than in wealthier ones.

Specifically, they found once a 911 call was placed, it took an average of nearly 19 minutes for patients in poorer neighborhoods to be transported to a hospital, compared to about 14 minutes in wealthier areas. After taking into account factors such as traffic and time of day, this amounted to a nearly four-minute difference.

Four minutes might not seem like much, but every passing minute can be crucial for those suffering cardiac arrest. The study also notes lower-income communities have higher rates of life-threatening incidences, and as such "rely more heavily on prehospital care."

Some possible reasons for the longer wait times, the researchers say, may be a lack of hospitals in low-income communities, or a shifting trend toward privately owned ambulance companies that may focus more on "profitability over public need."