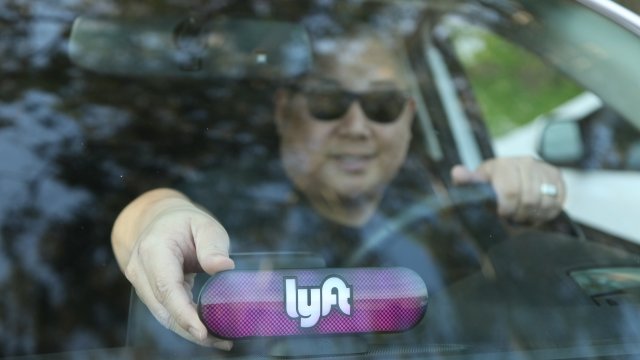 Ride-hailing services are marketed as a safer alternative to impaired driving. And while that's true, researchers say more than half of those passengers would have walked or taken public transit to get home.

Researchers at the University of Chicago and Rice University used public national data to compare the number of fatalities before and after Uber or Lyft became available in each city. They suggest fatal car crashes had actually decreased around the country until ride-hailing services arrived and fatalities went up. Researchers say it's not just people in cars who are getting killed, but also pedestrians.

But the paper, called "The Cost of Convenience," is still in draft form, and it's received some criticism. For example, the urban policy think tank City Observatory says it doesn't account for another big reason more cars got on the road around the same time: lower gas prices. And some other studies have actually suggested ride-hailing services make roads safer and lead to fewer DUIs.

Spokespeople from Uber and Lyft called the study flawed. For the researchers' part, they're not suggesting these companies should be shut down — they say cities might consider other solutions like congestion taxes to cut down on traffic.