Studios Are Putting More Faith In Religion-Based Films This Year 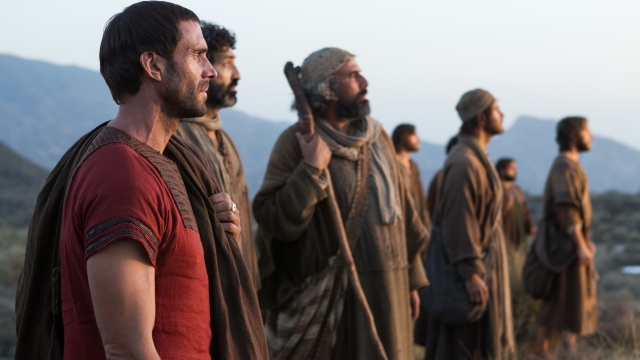 Though we'll see almost 10 superhero films released in 2016, there's another film genre that will see a massive push this year: faith-based films.

The Wrap reports at least six films based on religion will be released in 2016, including "Risen," "The Young Messiah" and the "Ben-Hur" remake.

2004's "The Passion of the Christ" grossed $611 million worldwide, making it the highest-grossing Christian-based film.

And even on the small screen, History Channel's "The Bible" miniseries' premiere marked 2013's most-watched entertainment show of the year — 13.1 million viewers tuned in to watch the show live.

The success of these ventures seems twofold. First, religious films are underrepresented; they're still a novelty compared to the other film genres.

Second, about 70 percent of Americans identify as Christian. And according to the Republican polling firm American Insights, 41 million Americans say faith influences their purchasing decisions — like movie choices.

It also helps when the films are perceived as authentic. American Insights found that 79 percent of Christians agree that "historical and biblical accuracy is important" at the movies.