State Department Slashes Number Of Refugees Allowed Into The US 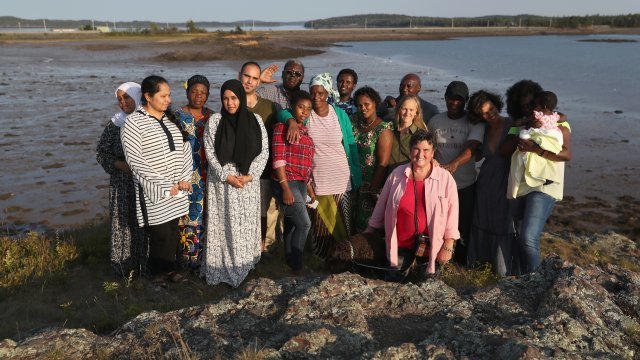 SMS
State Department Slashes Number Of Refugees Allowed Into The US

By Gabrielle Ware
September 17, 2018
The new limit will go into effect at the start of the new fiscal year, Oct. 1.
SHOW TRANSCRIPT

The Trump administration is slashing the number of refugees allowed into the U.S.

The State Department announced Monday it would limit the number of refugees admitted to 30,000 a year. That's 15,000 people less than the current level and the lowest cap since the refugee program was created in 1980.

The decision is line with the Trump administration's efforts to curb immigration, including immigration by asylum-seekers.

In July, the administration announced asylum applications based on fear of gang and domestic violence would be rejected.

The new cap will go into effect at the start of the new fiscal year, Oct. 1.