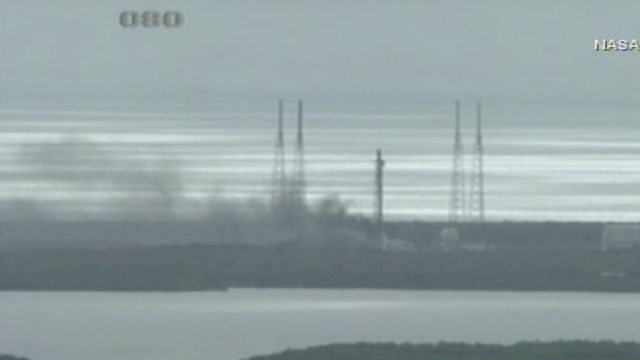 By Melissa Prax
September 1, 2016
SpaceX was preparing a rocket for Saturday's launch, but it exploded and created a lot of smoke.
SHOW TRANSCRIPT

That's the launch pad where an unmanned SpaceX rocket was set to take off. The company claims the explosion was caused by an "anomaly." It was reportedly felt miles away.

A statement from SpaceX said there weren't any injuries and the pad was clear at the time of the blasts.

The local emergency management office tweeted there wasn't a threat to the public.

The explosion happened during a static test fire. That's when the rocket doesn't move when the engine is turned on. The test was in preparation for a launch Saturday.