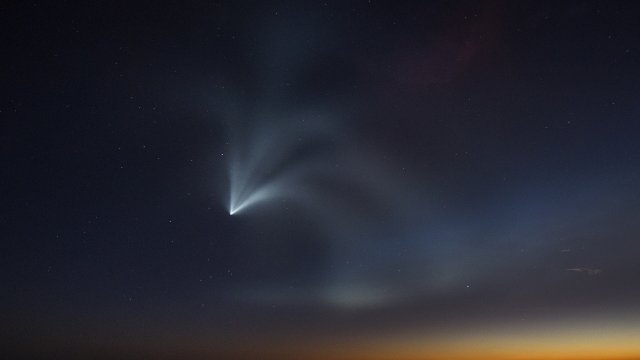 SpaceX finally has its first launch for the U.S. military under its belt.

The company launched one of its Falcon 9 rockets Sunday carrying a next-generation GPS III satellite for the U.S. Air Force.

The satellite was originally scheduled to go up last Tuesday, but tech issues and bad weather delayed the launch nearly a week.

The GPS III satellite is the first of 32 planned satellites that will replace an older GPS system. They'll reportedly be harder to jam and will also interface better with other countries' navigation satellites.