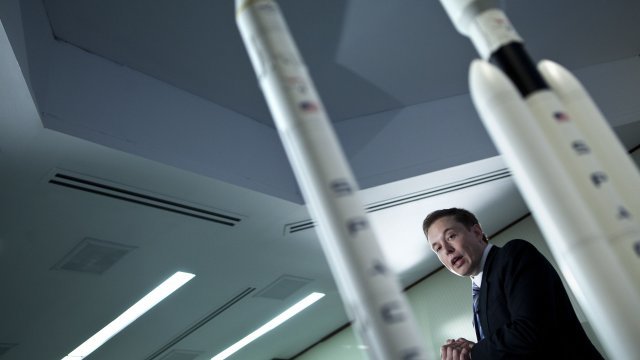 SMS
SpaceX Launches A Record 64 Satellites Into Orbit
By Alec Larson
By Alec Larson
December 3, 2018
Elon Musk's company sent the most satellites into orbit at one time in U.S. history.
SHOW TRANSCRIPT

SpaceX launched a rocket on Monday that put 64 satellites into orbit, breaking the U.S. record for the most satellites put into orbit at once.

The launch was also the company's 19th this year, breaking its previous annual record of 18. It launched from Vandenberg Air Force Base after a series of delays.

Monday's launch also marked the third time SpaceX has used the same rocket booster, another in a series of firsts for the company. SpaceX intends to create rocket boosters that can be reused several times as a way of shaving costs associated with launches.

The next step for Elon Musk's company is to successfully recover the fairing of a rocket after launch. Doing so could potentially save the company the nearly $6 million that each fairing costs.