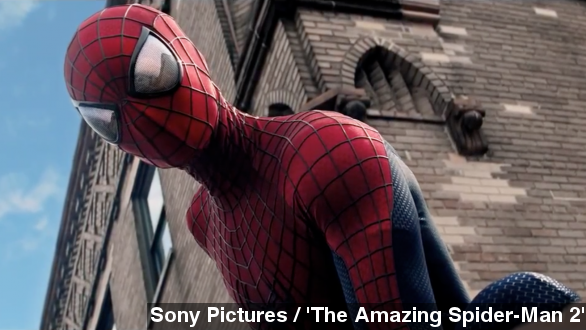 SMS
Sony Announces New Spider-Man Spinoff Movies
By Collin Ruane
By Collin Ruane
December 13, 2013
The new films will be called "Venom" and "The Sinister Six" and will focus on some of Spider-Man's most deadly enemies.
SHOW TRANSCRIPT

Our spidey senses are tingling now that Sony Pictures has announced it will be developing two new spinoff films to the "Spider-Man" series.

Sonymade the announcement in a news release Thursday. The two new films will be called "Venom" and "The Sinister Six."

MTV reports the new installments will focus on some of Spider-Man's deadliest enemies and adds at least two writers from "The Amazing Spider-Man 2" have agreed to write "Venom," while the write for "World War Z" has signed on to write "Sinister Six."

"Venom" and "Sinister Six" would add to a long line of "Spider-Man" movies. With more than $3.2 billion made worldwide, IGN reports its Sony's most successful film franchise ever.

And The Hollywood Reporter notes a fourth installment of "The Amazing Spider-Man" is expected to be released in 2018, which leaves questions about when "Venom" and "Sinister Six" could be coming out.

So far, no release dates have been set for the two newly announced films.