Someone Bought The Bond Car, But They Can't Drive It On Public Roads 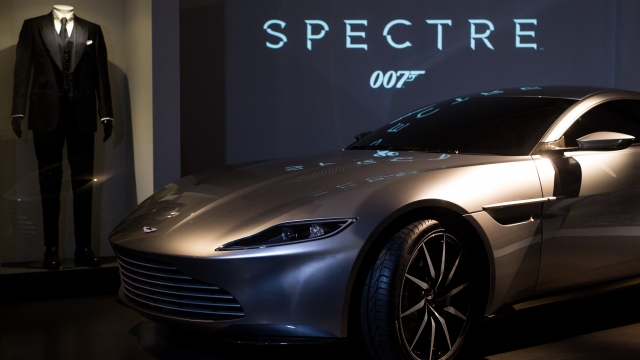 SMS
Someone Bought The Bond Car, But They Can't Drive It On Public Roads
By Samantha Crook
By Samantha Crook
February 19, 2016
The Aston Martin from the James Bond film "Spectre" sold at auction for $3.5 million.
SHOW TRANSCRIPT

The Aston Martin DB10 from "Spectre" sold for about $3.5 million at auction Thursday.

The car company says there are only 10 of these cars in the world.

Aston Martins have been featured in 12 of the 24 Bond movies. The first one was in "Goldfinger" in 1964.

But unlike Sean Connery's car, the car in "Spectre" was made exclusively for the film. Since it's a car literally made for a movie, it's not approved to drive on real-life public roads.

Might not seem like the most practical $3.5 million purchase, but one archivist told CNBC that Bond collectibles tend to hold their value.

So if Bond memorabilia is your kind of investment, there are still some collectibles up for grabs on the Christie's website until Tuesday.

Proceeds from the auction went to charities including Doctors Without Borders and the United Nations Mine Action Service.

This video includes clips from Columbia Pictures and United Artists and images from Getty Images.