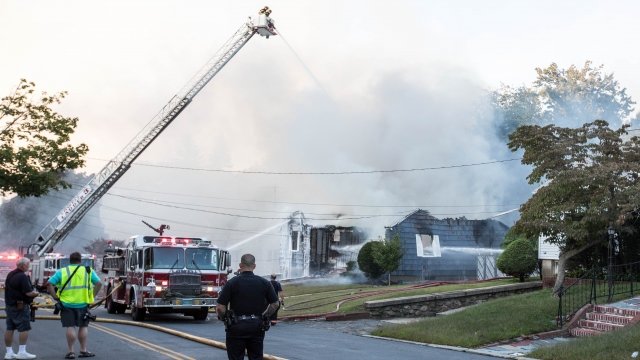 Some Massachusetts residents finally headed back home Sunday after explosions and gas fires forced them to evacuate Thursday evening.

One person died and a dozen others were injured in the events.

On Friday, Massachusetts Gov. Charlie Baker issued a state of emergency. In a press conference he said he was putting Eversource Energy in charge of coordinating the response to the explosions. Local officials complained at the time that the company in charge of the affected pipeline, Columbia Gas, wasn't responding.

One local media outlet reports Columbia Gas has been the center of prior investigations. It has reportedly been fined $100,000 over the last seven years for safety violations including improper pressure testing.